The San Dimas Silver/Gold Mine is 100% owned and operated by First Majestic Silver Corp. having been acquired in May 2018 as a result of the acquisition of Primero Mining Corp. The San Dimas operation has since become the cornerstone asset in First Majestic’s portfolio. The San Dimas property contains 71,867 hectares of mining claims located in the state of Durango, Mexico. 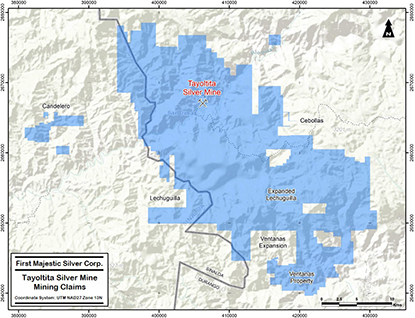 The San Dimas mine consists of five ore zones or blocks: Central, Sinaloa Graben, Tayoltita, Arana Hanging Wall and San Antonio West, contained within a 22,500 hectares contiguous property. San Dimas uses long-hole stoping and mechanized cut-and-fill underground mining methods, with all mined production processed at the Tayoltita mill. After milling, cyanidation, precipitation and smelting the doré bars are poured and transported to refineries in Mexico and the United States.

Water for mining operations is obtained from on-site wells and from the Piaxtla River. San Dimas also supplies water to the town of Tayoltita from an underground thermal spring at the Santa Rita mine. Electrical power is obtained through a combination of wholly-owned power systems and the Federal Power Commission’s supply system. San Dimas operates hydroelectric and back-up diesel generators which are interconnected to the Federal Power Commission system.

The San Dimas deposit is located within the central part of the Sierra Madre Occidental volcanic pile, containing rocks reflecting two separate periods of magmatism active between 45 to 100 million years ago and 23 to 32 million years ago. The precious metals bearing veins are contained within rhyolitic, andesitic and granodioritic rocks of the older magmatic episode.

Regionally, the geological setting at San Dimas shows two major volcanic successions and a number of intrusive events. The Eocene aged Lower Volcanic Group (LVG) is predominantly composed of andesitic and rhyolitic flows and tuffs, and is intruded by a number of bodies including the dominant Piaxtla Granite (part of the Sinaloa composite batholith). The Tertiary aged Upper Volcanic Group (UVG) is composed of a lower andesitic horizon capped by rhyolitic ash flows and tuffs, and is separated from the LVG by an erosional and depositional unconformity. Subsequent rhyolitic and basalt dykes intrude both the LVG and UVG.

Locally, precious metal ore is contained in over 120 epithermal veins characterized by low sulphidation and adularia-sericitic alteration, and formed prior to deposition of the UVG. Veins pinch and swell and commonly exhibit bifurcation, horse-tailing, and cymoidal structures. Vein widths vary from less than one centimetre to over 15 metres, but average approximately 2 metres. Veins have been followed underground from a few metres in strike-length to more than 2 kilometres.

Mineralization is typical of epithermal vein structures with banded and drussy textures. Three major stages of veining have been recognized in the district, each containing variable amounts of mineralization. The second stage produced the majority of the ore deposits, which itself included three sub-stages characterized by distinct mineral assemblages, quartz-chlorite-adularia, quartz-rhodonite and quartz-calcite. Sulphide minerals include pyrite, sphalerite, chalcopyrite and galena as well as lesser amounts of argentite, polybasite, stromeyerite, native silver and lectrum.

The ore deposits are typically found within the ‘Favouable Zone’, analogous with the boiling zones. Strike length of these Favourable Zones can exceed 2,000 metres and dip length can exceed 300 metres. Exploration generally relies on a combination of structural geology, geochemistry, and fluid inclusion studies to identify the Favourable Zone. Historical reconciliation has shown that, once the Favourable Zone is defined, over 30% of the vein material contained within the zone will be classified as ore.

Given its extensive 250-year production history in Mexico, San Dimas is one of the country’s most prominent silver and gold mines as well as the largest producing underground mine in the state of Durango. However, due to poor economic conditions over recent years caused by weak metal prices and the previous streaming agreement, the operation suffered from a lack of investment. Under the new streaming arrangement as of May 10, 2018, the operation is now generating significant cash flows allowing First Majestic to deploy capital towards exploration and underground development in areas of the mine that were previously deemed uneconomic.

Since the acquisition announcement in January 2018, First Majestic has been developing a long-term mine and mill automation plan for the future of the operation. The Company has identified numerous projects that will be implemented over the next 12 to 18 months to improve production costs at the mine and processing plant, including:

San Dimas utilizes underground long-hole stoping and mechanized cut-and-fill as the primary mining methods, with LHD equipment feeding haul trucks delivering ore to the mill. Primary access takes advantage of the topographic relief, with adits driven at river level to intersect the veins at depth. Ore is transported from the mining areas to the processing plant in Tayoltita.

The Tayoltita mill has a nameplate capacity of 2,500 tonnes per day. The facility uses conventional crushing/grinding coupled with cyanidation and zinc precipitation for recovery of gold and silver. The mill uses fine crushing and single stage ball milling to achieve a fine grind before passing into the leach circuit. Leaching is completed in a series of tanks providing 72 hours of leach residence time. The pregnant solution is recovered in a CCD circuit with the gold and silver recovered from solution in a zinc precipitation circuit.

Tailings are pumped by a single stage pumping station to the tailings impoundment area located in a box canyon east of the mill site. Gold and silver precipitate is refined using an induction furnace to produce silver/gold doré bars.

Pursuant to the closing of the Primero acquisition by First Majestic on May 10, 2018, a New Stream Agreement was established with Wheaton Precious Metals International Ltd. (WPM) which entitles WPM to receive 25% of the gold equivalent production in exchange for ongoing payments equal to the lesser of US$600 (subject to a 1% annual inflation adjustment) and the prevailing market price, for each gold equivalent ounce produced. As part of the termination of the previous silver purchase agreement, WPM received 20,914,590 common shares of First Majestic.

2004 Wheaton River entered into silver purchase agreement, selling all silver from San Dimas at ~ $4 per ounce.

2018 First Majestic Silver acquired Primero Mining Corp. and established a new streaming agreement with WPM on only 25% of the gold equivalent production at San Dimas for $600 per ounce. 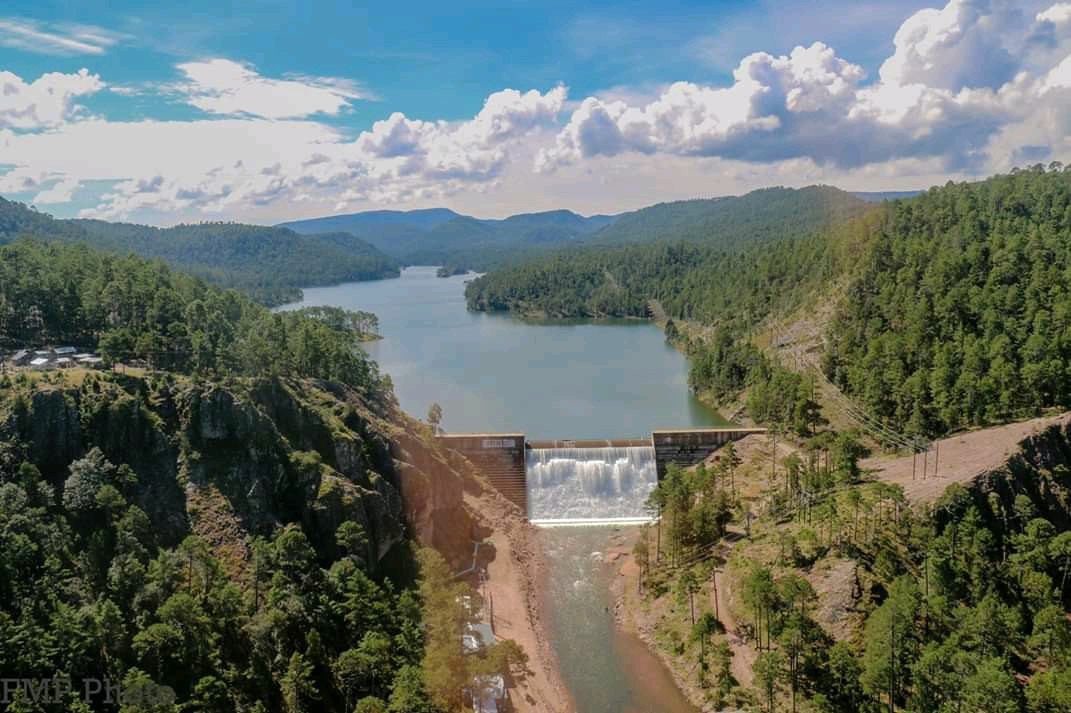